City Board and Commission Vacancies 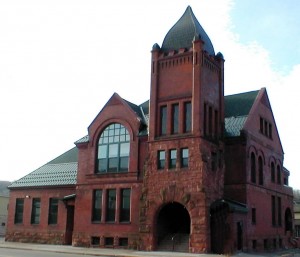 Located in Marquette County in the Upper Peninsula of Michigan, the City of Ishpeming truly is a one-of-a-kind place. With roughly 6,600 people, the beauty, kindness, and devotion found in Ishpeming make up for what it may lack in size. Whether you are a history buff, an avid outdoorsman, a sports fanatic, a curious shopper, or simply love a calm environment to relax in, Ishpeming has multiple opportunities to fit each personality. The City is full of history, culture, commerce, and endless possibilities to suit your desires.

The history in Ishpeming is fascinating. The city was initially discovered due to surface deposits of iron ore. A Native American named Madji-Gesick led explorer, Philo Everett, to a mountain of ore measuring 180 feet high and 1,000 feet wide. This historic spot was named Jasper Knob, which is known today as the World’s Largest Gemstone. The mining of the area’s vast quantities of iron ore allowed the town to develop and thrive. Roaming around Ishpeming, you will discover that the history in mining is alive. Mining ore cars decorate the streets and old mine shafts remain standing tall dominating the City. Commemorative museums display the rich history of the iron oreculture. Even a statue of “Old Ish” proudly stands in downtown Ishpeming to commemorate its Indian origin.

As the mining grew, the city did as well, and major historical events began to take place. One of these happened on October 19, 1919 when the Green Bay Packers played their first ever road game in Ishpeming. Another major event was the filming of a major motion picture, Anatomy of a Murderer, around several locations in the City of Ishpeming. These locations include the then Tripoli Bar, Ishpeming Public Library, and Main Street. The film was based on the book written by John D. Voelker, an Ishpeming native.

Ishpeming also is proudly known for its skiing history. The City is the birthplace of organized skiing, with the National Ski Association founded in the city on February 21, 1905. Today, skiing is celebrated in Ishpeming at the US National Ski and Snowboard Hall of Fame and Museum, the Noquemanon Ski Marathon, and the Suicide Hill Ski-Jumping Competition-a tournament in which people compete from all around the world. Al Quaal also provides four cross country ski trails, a total of 18K of trails, with varying difficulty to accommodate beginners to even the most advanced skiers. Ishpeming even held the SuperTour Nordic Ski Race in Al Quaal in 2017, an event that takes place at key cross country centers around the country.

Alongside skiing, there are a multitude of outdoor activities visitors and residents of Ishpeming participate in. Fishing, kayaking, swimming, canoeing, and much more can all be done in the various clean and clear lakes located in or nearby the city. Also, there are 300 miles of marked and mapped hiking and biking trails to be explored. Enjoy relaxing at picturesque Lake Bancroft to action sports at Al Quaal Recreational Area, such tubing, volleyball, softball, basketball, tennis, trail running, hammocking, swimming, snowshoeing, sledding, and much more. Ishpeming is an excellent place for anyone who loves outdoors and adventure. 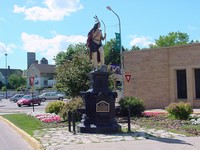